One Of My Greatest Teachers…My Papa!

My Grandfather, Alex Basil Darais was born in 1918. Both his parents were from Greece and moved to Venice California in 1916. My “Papa” as we all call him, grew up on the beaches of Venice and Santa Monica close to where I live today. He started painting and writing poetry there and graduated with a masters in Art in Southern California. 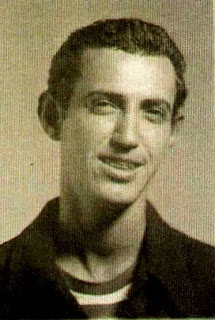 He met my Grandmother Norma in Santa Barbara. It was during WWII and the town was on blackout that night due to Japanese submarines off the coast.  After serving in the War he married my grandma and accepted a job at Brigham Young University as the Art Professor where he taught for over 30 years. He was my first and greatest art teacher to this day. 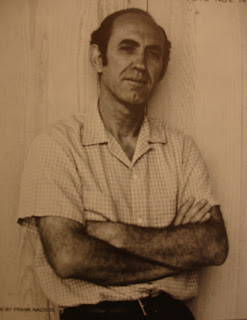 My earliest memory of him teaching me was around the age of 9. I had entered a coloring contest at a local supermarket and the theme was Hawaii. My aunt had just returned from school there and I remember her helping me choose the crayola colors that best represented the islands. I won first place and the prize was 10 dollars! I remember it being the most money I had ever remembered having all at once.  On my way over to showing the prize to my Papa, my art teacher, I lost the 10 dollar bill. I remember being devastated and sick to my stomach. My Papa took me for a walk. He lived up on a hill over the University and we walked down to his classroom/studio on campus. It was there that I learned one of my greatest lessons. He had me write down my greatest passion in life. I wrote down ART. He then proceeded to teach me that money doesn’t bring happiness, it just blurs your vision away from your passion. He told me that I was so focused on the money that I had forgotten all about the priceless art work that I had created to show him.  He told me that if I one day was lucky enough to have a job centered around ART that I would never work a day in my life and money or no money I would be truly happy. His self example was present his entire life. He lived his entire life doing what his passion was, Art, and Teaching Art. He showed me that money wasn’t anything if you didn’t enjoy what you were doing. He then reached into his wallet and gave me a 10 dollar bill. Even as a 9 year old kid, I could tell that he was and always will be the greatest teacher I will ever know. He was born to teach, not sell his art, money didn’t matter to him as it does most. His poetry and paintings were later published in a book called “The Little Bird”. 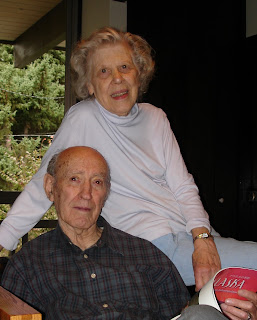 My Papa and YaYa

I remember when I was in 9th Grade I was doing an Art assignment. It was a portrait of Christ in charcoal. I had spent weeks on it and was patiently waiting my Papa to come give his opinion on my masterpiece.  The first thing he did was turn the picture upside down. He took a step back and studied it for a while. He then helped me discover, rather quickly, the proportions of the face were off, the unbalance, the lack of symmetry. Something that I never would have seen if I hadn’t turned it upside down.
My grandpa started his classes with drawing a great big eye on the chalkboard with legs. It was his walking eye. This teaching all his students to always be observant and to look at things in more than 3, 4 or 5 ways. My Papa’s next advice on the drawing was… “Start all over!”
I was hesitant. Very hesitant at first but I remembered the greatness that made him who he was and started completely over. The final portrait now hangs in my teachers house. I learned hidden lessons my entire life in art from my Papa.

When I was finished with School and deciding on careers and more education to gain I always remembered my grandfather’s lesson and my passion being Art. I started working at an architectural firm and soon found out that It wasn’t the way I enjoyed being creative. I left the firm and returned to Sundance Ski Resort, a place I worked all through highschool,  as I attended College.  Sundance is still to this day my spiritual place. There I was, back up there in the snow, on my snowboard, left to ponder my life’s direction. My Papa was friends with Robert Redford, the owner, and even designed the Ski Sundance logo for him.
Sundance is only 15 minutes from my parents house and I still escape there every time I am home to visit. 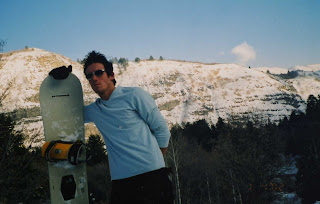 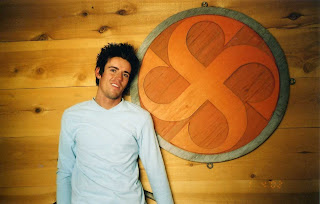 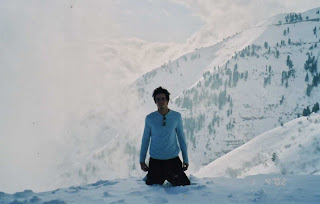 me at the top of Sundance